B-Train Trailers Load in One Movement

CANTERBURY TRANSPORT OPERATOR KERRY INNS’ new B-train has trailers that can be driven together and loaded as one, using a Phantom loader that drives through the unit.

Work began on the trailers in May and they were handed over in late August to owners Kerry and his wife Traci who operate K & T Trucking at Rolleston, just south of Christchurch.

The load-through B-train is used by the Goodman Fielder contractor to deliver fresh milk to Nelson, and went into service on September 1. The hard-sided trailers have alloy floors rated for forklifts and the custom-built Phantom loader, and are fitted with American made insulated Whiting roller doors marketed in New Zealand by Structurflex.

When the trailers are pushed together, a fold-down floor section bridges the gap between the front and rear trailers so the cargo can be loaded in one single movement from the barn-style rear freight doors. “It means you can back up to the dock just once without needing to split the unit and back each trailer individually,” says Michael Carpenter, the managing director of Fairfax industries which built the two trailers. 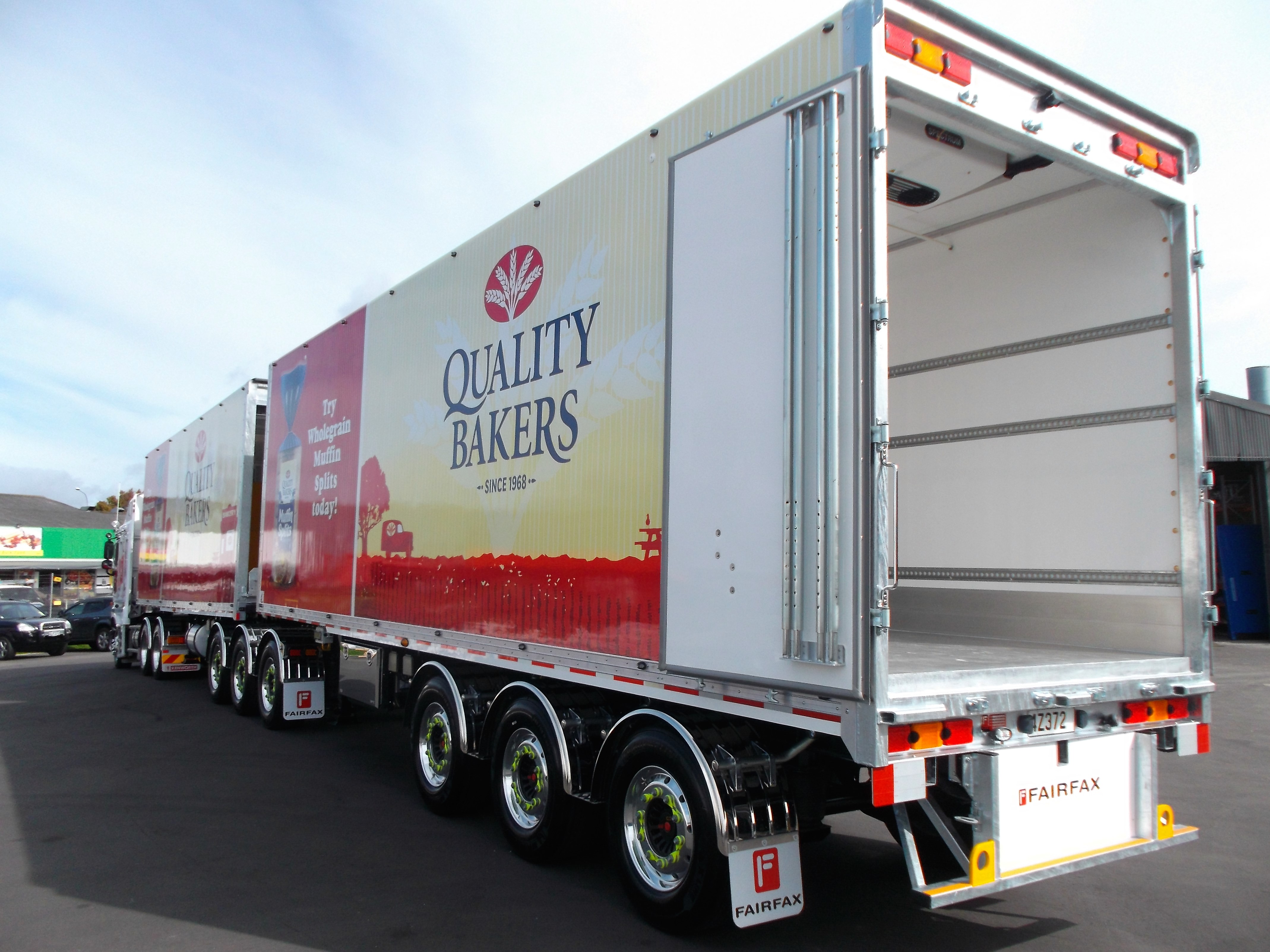